“Our true North American plains game and a huge wildlife management success story, thanks to the hunter/conservationist!” I replied to a question about pronghorn antelope sitting Jim Zumbo’s Wapiti, Wyoming home enjoying a delicious meal prepared from a pronghorn venison.  All at the table raised high a glass in honor of our unique pronghorn antelope, the only true horned animal that annually sheds and regrows the outer horn sheaths, and is the fastest land animal in North America. Too, they have oversized windpipes and lungs with a filter that keeps dust and debri from getting into their lungs.  Talking about pronghorn made me want to pursue them once again in my native Texas with Wildlife Systems (www.wildlifesystems.com).

The last days of the season found me hunting pronghorn with Wildlife Systems’ Don Richardson near Marathon.

Having made certain, my Ruger No. 1 RSI .257 Roberts, topped with a Trijicon AccuPoint scope, and loaded with Hornady’s 117-grain SST was on target, we headed to the appointed ranch.

The first day we glassed, stalked, turned down numerous bucks looking for two specific bucks. One a non-typical with prongs front and back, the other a long-horned deeply curved lyre-shaped horns.

Second morning shortly after first light we spotted an extremely massive long horned, likely over 16-inches buck with numerous does.  I passed him only because he had very short prongs, but also wondered if I were making a mistake.  A 16-inch antelope is huge! 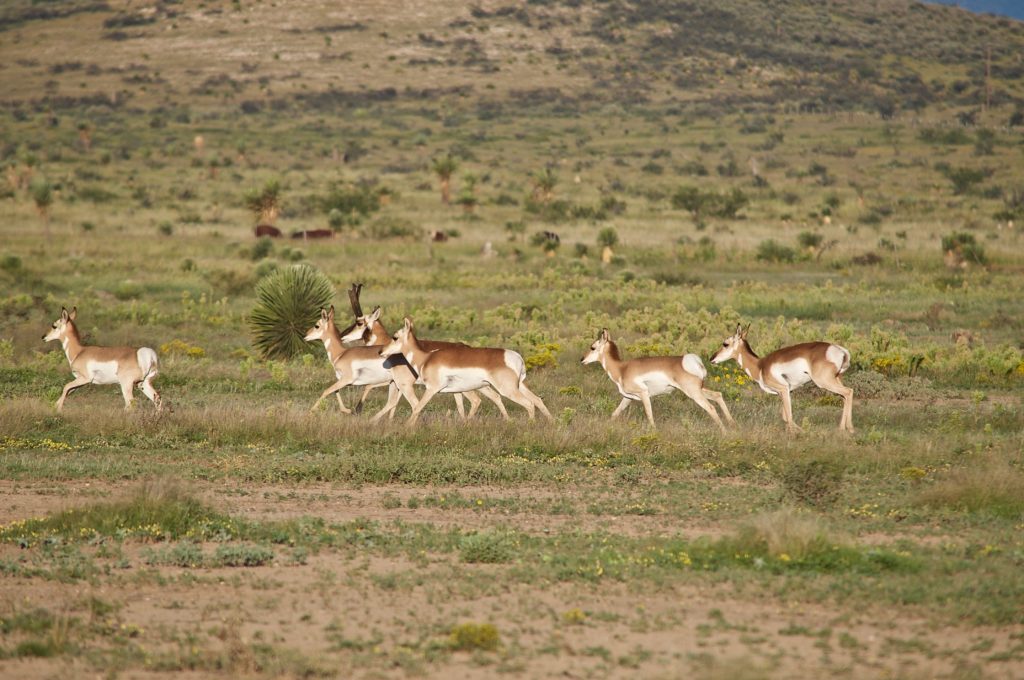 An hour later I knew I had made the right decision. After spotting a long-horned deeply hooked buck we tried but could get no closer than 350 yards.  We backed off and returned to the pickup.  Don got in and drove, cameraman Justin Wegner and I walked behind the pickup.  In the past I had used horses as “decoys” where the antelope daily saw them.  On this property the pronghorn were used to white pickups.  We quickly cut the distance to 257 yards, there I got a good rest and shot the buck.

Walking to his side the horns seemed to grow. I was thrilled.  Later at the skinning shed we measured them a bit over 17 ½ inches, by far my biggest antelope ever and a possible B&C contender, and, I might add also one of the best tasting as well! 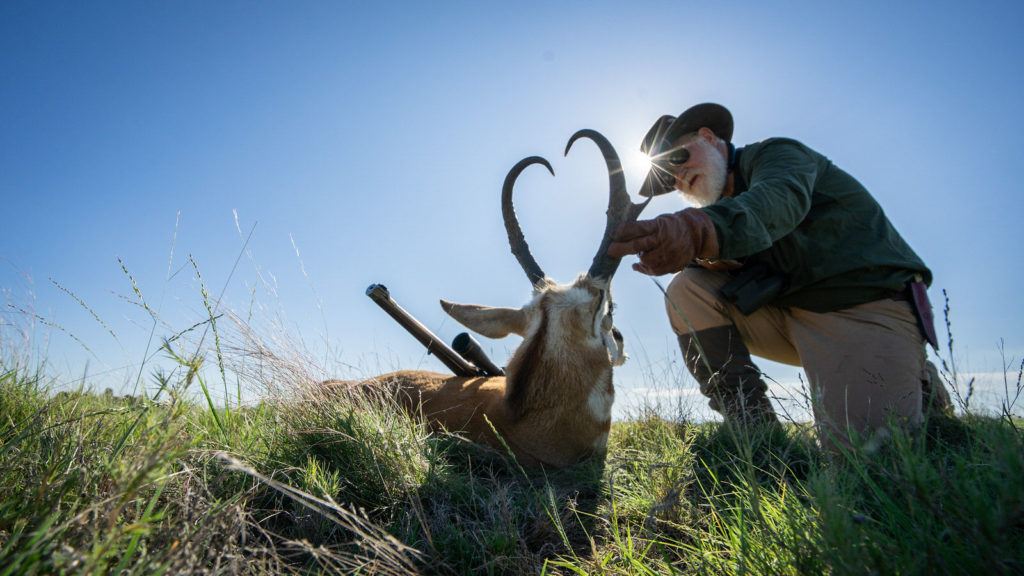